On October 4, the Turtles hiked Bayle Mountain, in the Ossipee Range.  The view at the top is wonderful, and includes Silver Lake and Ossipee Lake. 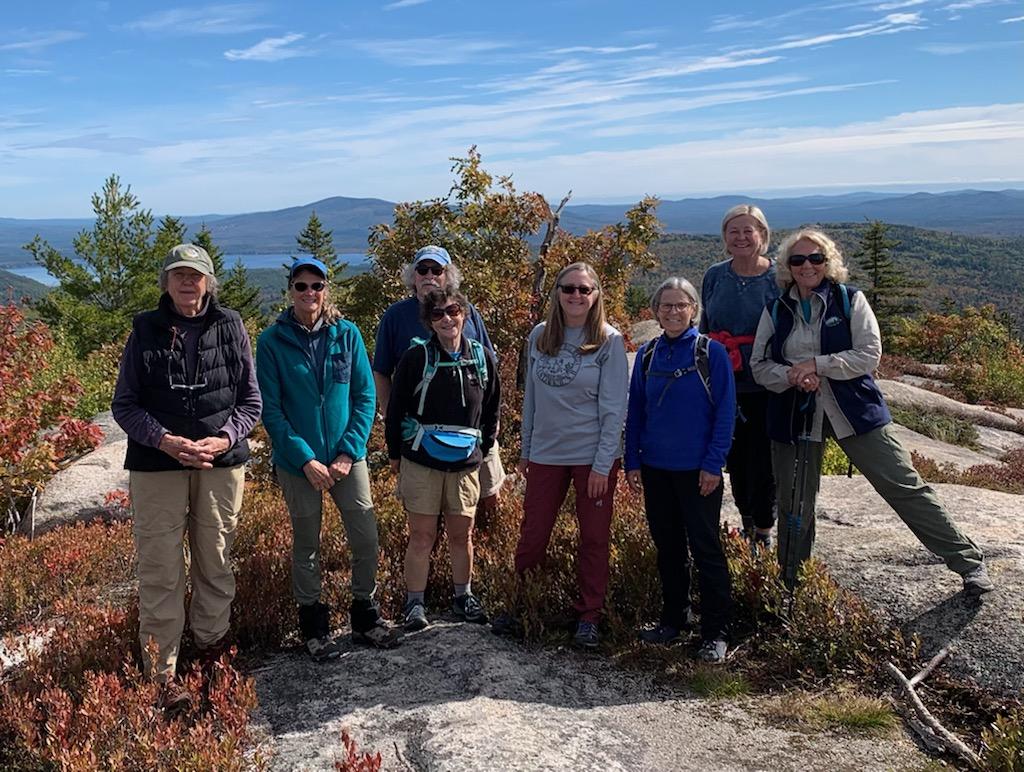 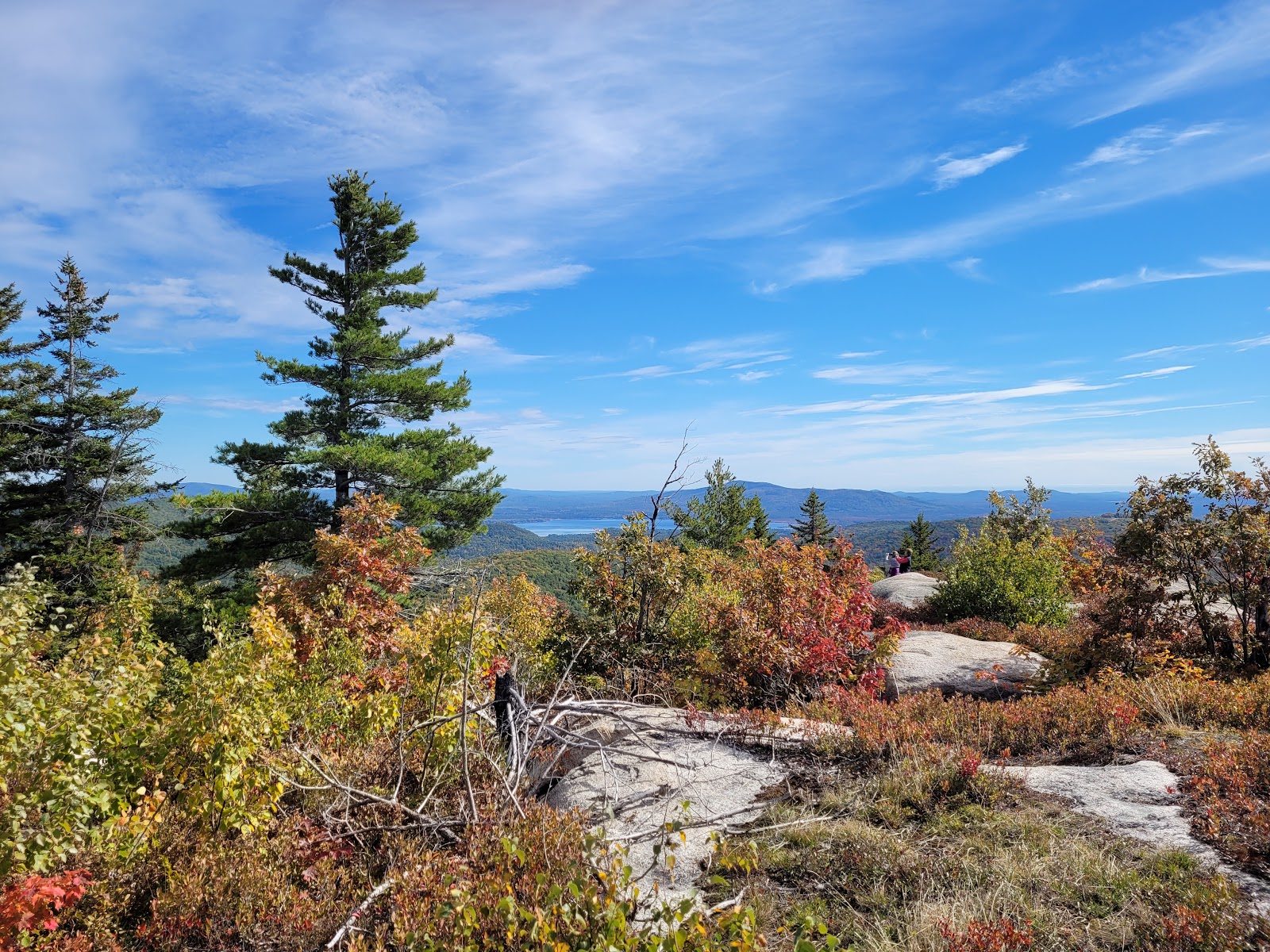 Posted by Ricky Banderob at 6:11 PM No comments:

Five of the OTHH took a little walk up the ski trail at Wildcat to the top of the lift, then up the last few yards to the top of the "D" peak. Then it was through the woods along the Wildcat Ridge for a couple of miles to the "A" peak. There we stopped for lunch, while taking in the view across Carter Notch to Carter Dome and northward over the Carters. Especially impressive from there also is the look down (darn nearly straight down!) to Carter Lake and the Carter Notch AMC hut. Then it was down the north side of the "A" peak to pick up the 19 Mile Brook Trail, for a nice 3.6 down and out hike through the woods to the cars left there earlier.

Below are Doug, Marie, Darrell, and Jane (pic by Dick), where the ski lift ends. Behind us, across Pinkham Notch, is Mt Washington (over 2000' higher than we were), with its famous Tuckerman and Huntington Ravines. 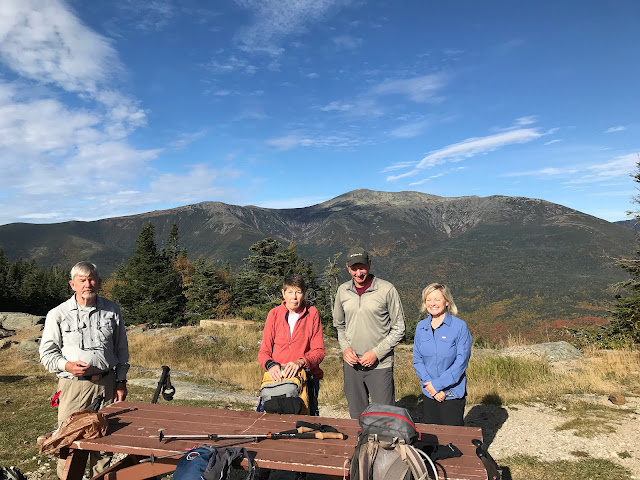 Then we have Dick, Darrell, Marie, and Doug atop the lookout tower on the "D" peak, just above where the ski lift ends (pic by Jane). 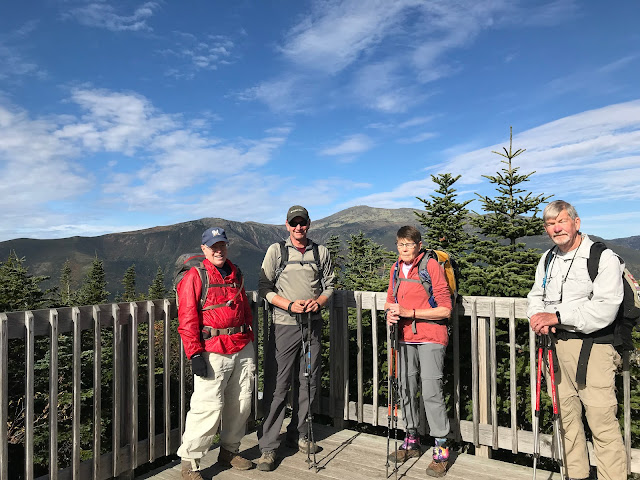 Over at the "A" peak, are Marie (seated), Doug, Dick, Jane, and Darrell, with Carter Dome behind us. 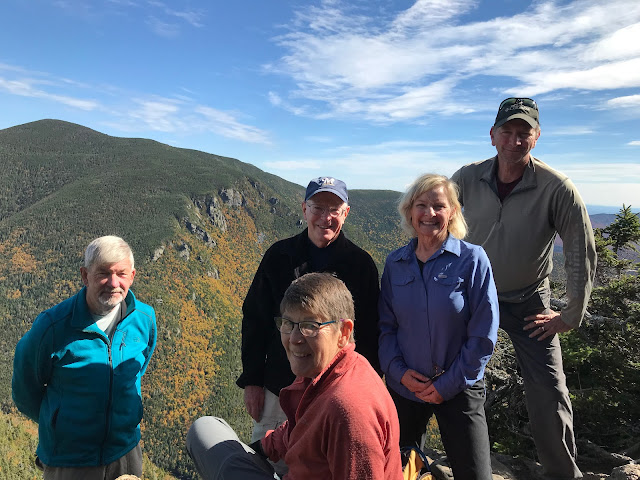 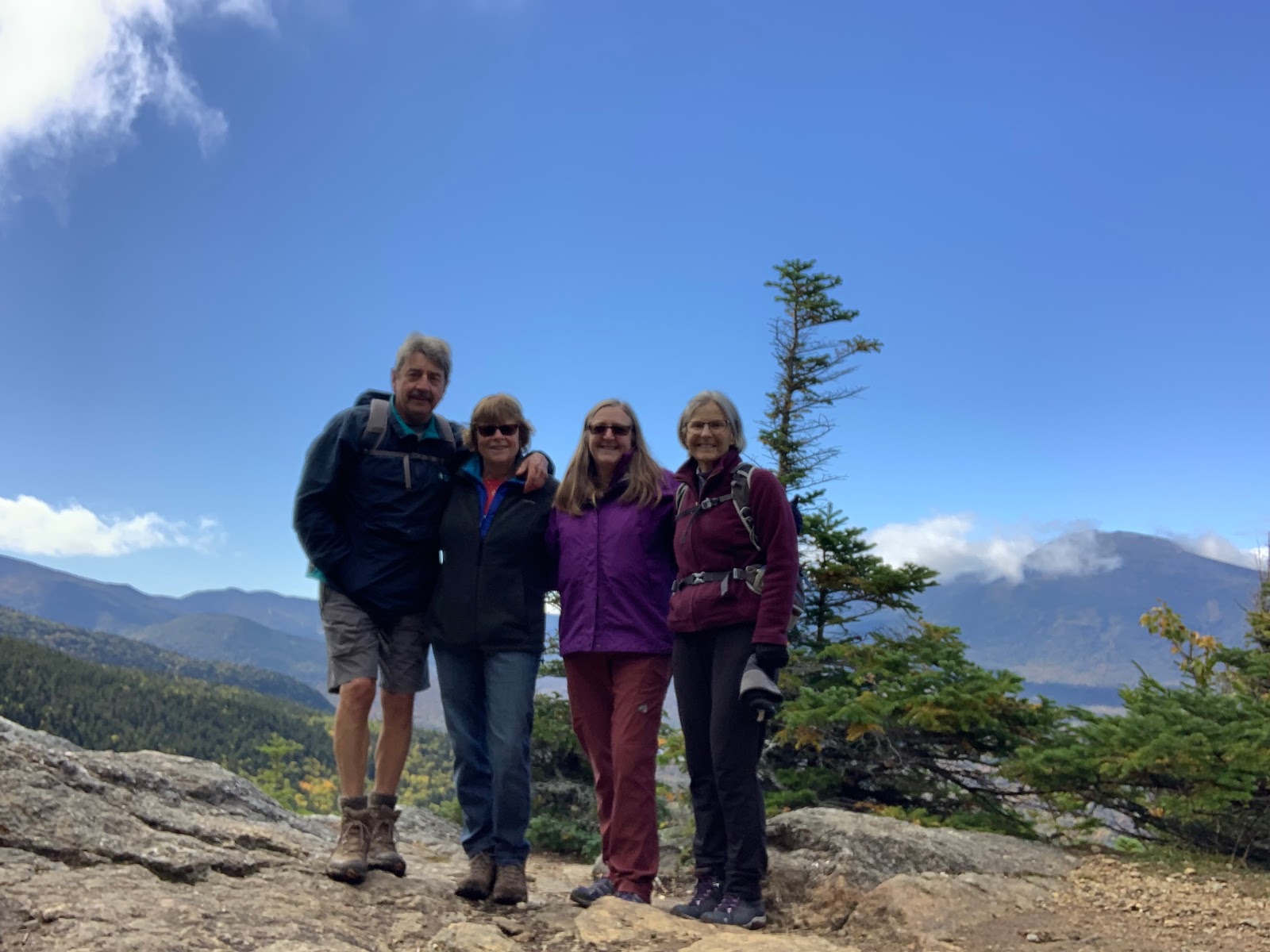 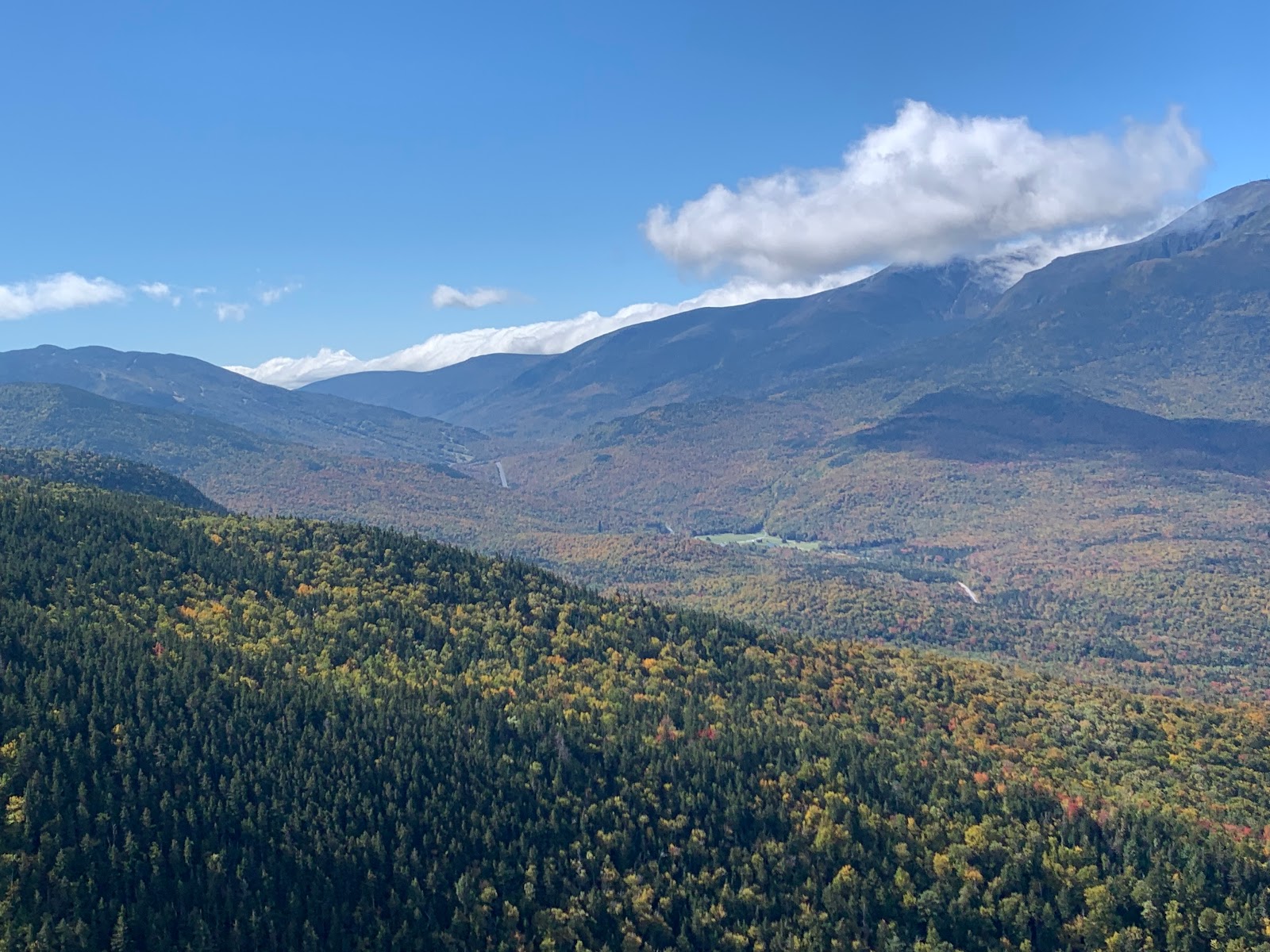 Posted by Ricky Banderob at 6:59 PM No comments:

Nine of us headed up the Dublin trail to Mt. Monadnock.  According to Wikipedia, this is the 2nd most frequently climbed mountain in the world!!  2nd to Mt. Fiji in Japan.  Today's crowds at the summit could definitely make you believe this statement.  Of course the beautiful fall day in September could also contribute to this.  It was a beautiful day with blue skies and fall foliage showing off all around us. 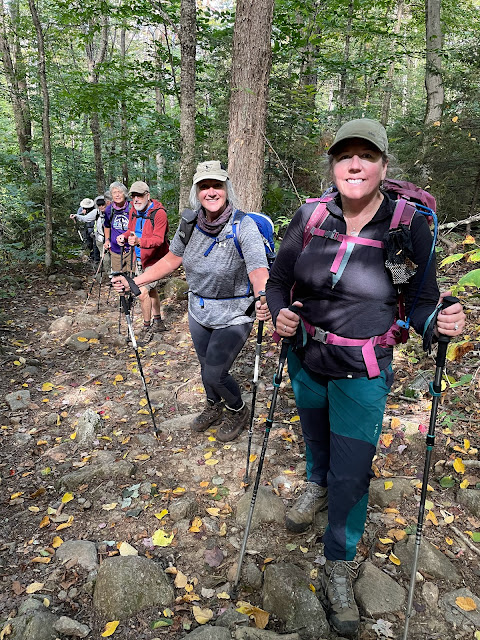 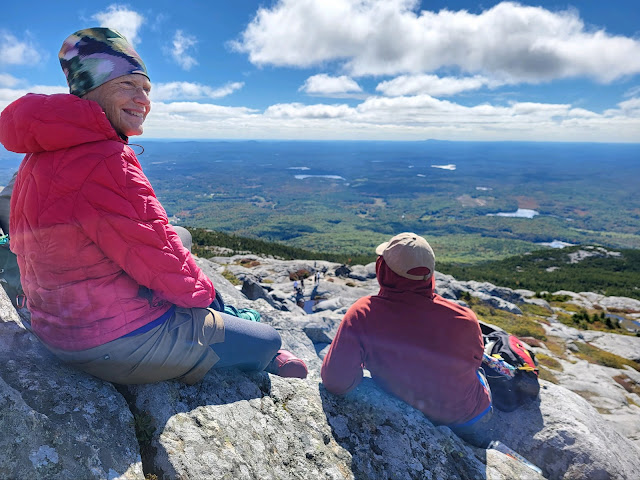 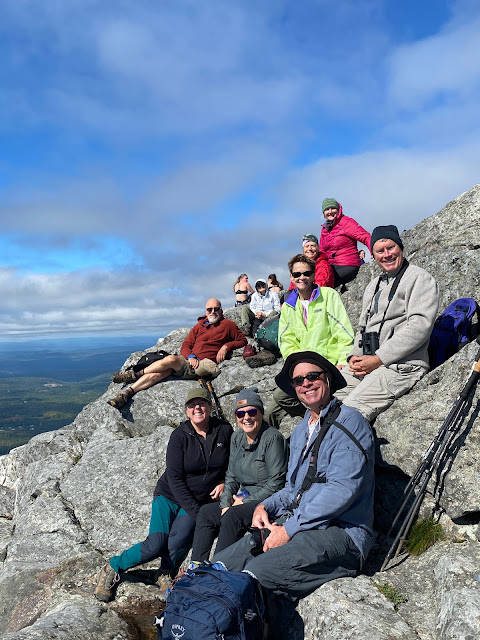 Our group at the summit tucked out of the winds.
from bottom row left to right: Tracy, Katy, Mel
in yellow, Patsy then Doug
in rust Jay, white Katherine, red Leanne, and pink Cathy. 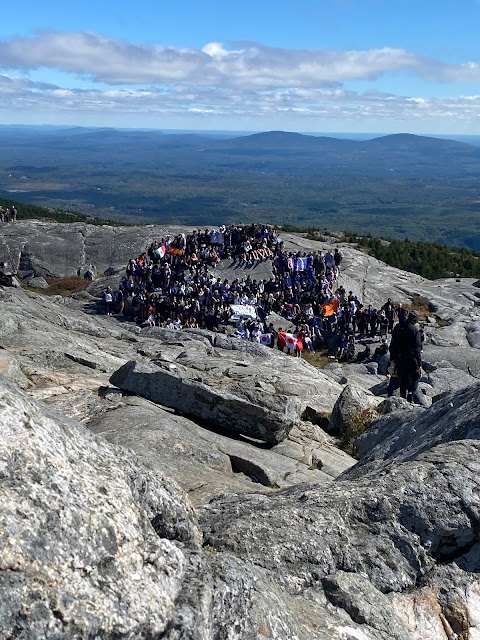 Posted by Over The Hill Hikers at 8:29 PM No comments:

Seven of the OTHH made the hike up the Pine Bend Brook trail from the Kanc, then the Mt Tripyramid trail to North Tripyramid, then onward to Middle Tripyramid. Then it was back out the way we came in. Below are Carol, Dick, Pam, Doug W, Marie, Larry, and Doug B just below the top of the middle peak. 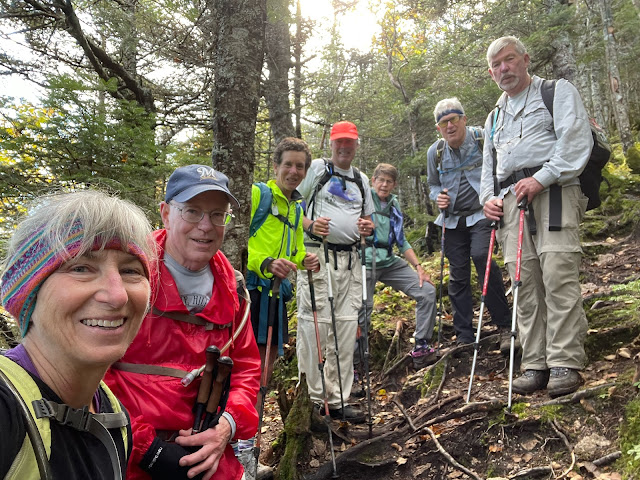 On Sept. 27, the Turtles hiked to the top of Red Hill.  The mist burned off just as we arrived at the top, giving us wonderful views! 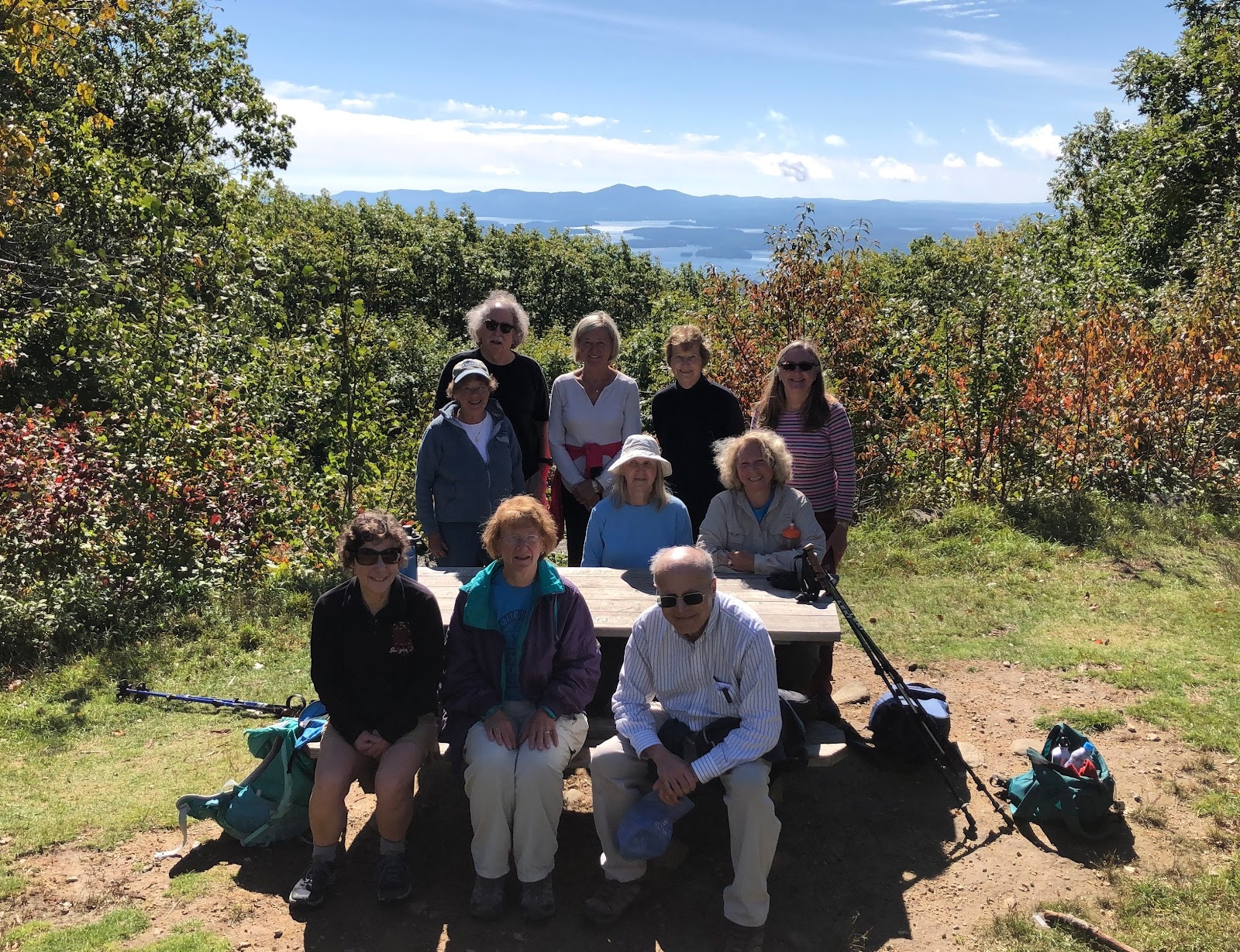 Some of us climbed the fire tower, giving even better views. 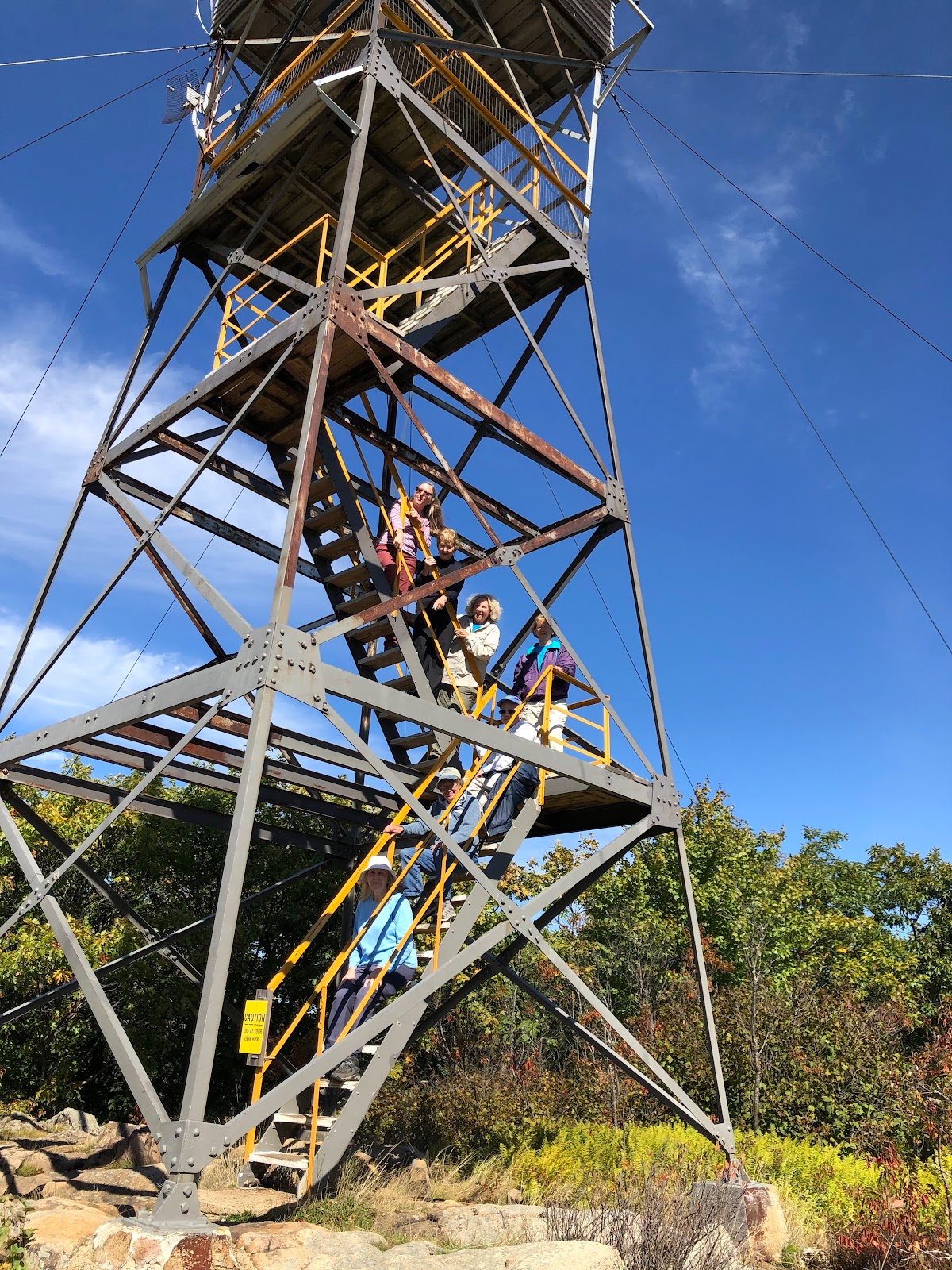 Posted by Ricky Banderob at 10:55 AM No comments:

A number of us made our way to the furthest North 52 With a View, Mt. Magalloway.  This "easy" 2.2 mile hike in the rain had us testing our rain gear to the fullest potential.   The summit, which has a fire-tower, cabin, picnic table and fire-pit,  was socked in with a wall of clouds / fog, so we will have to go for the views another time. 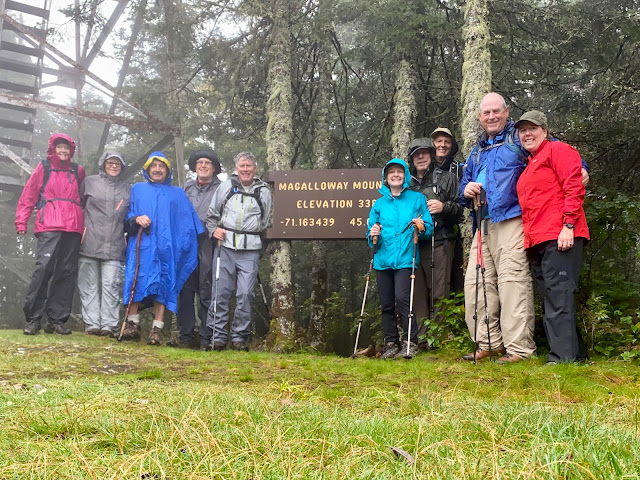 From L to R: Patsy, Deb, Andy, Larry, Doug, Jane, John, Steve V., Steve R., and Tracy
The best part of the hike was celebrating Doug's accomplishment, as he finished the 52 WAV.  Doug is the first person from the OTHH to finish the 52 WAV in at least the last 9 years.  The OTHH was established in 1979, however we now have many new faces since the original group was established.  It's nice to see the OTHH are still going strong, and with a lot of new energy and hiking enthusiasm.
Congratulations, Doug!!!  Nicely done. 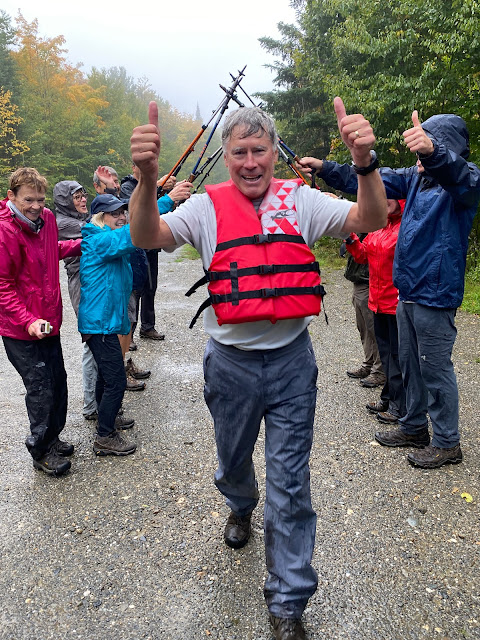 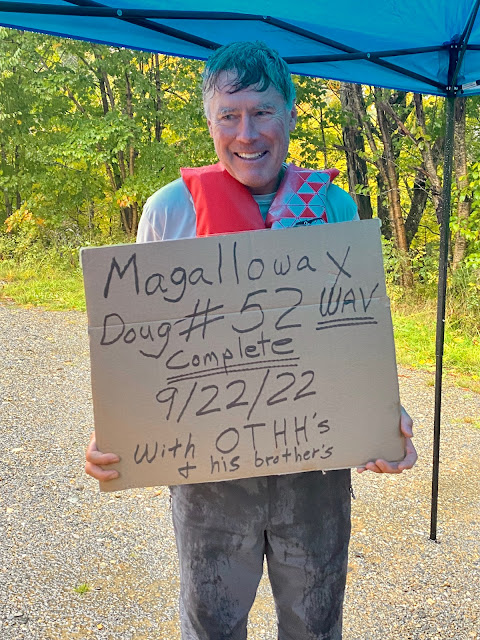 Posted by Over The Hill Hikers at 9:04 AM No comments: